In a recent study published in the Journal of the American Heart Association, researchers in the United States assessed the correlation between sleeping and eating intervals and long-term weight change.

Obesity and overweight are two well-defined modifiable risk factors for chronic illness impacting over 70% of Americans. Experimental and mechanistic research showed that the timing of food consumption (in the form of time-restricted eating or intermittent fasting) might modulate metabolic function and lower body weight. In particular, time-restricted eating, which involves restricting food consumption to four to 12 hours per day without reducing calorie intake, has been linked to enhanced body weight homeostasis and is a recommended weight loss technique. However, research is still lacking regarding the possible advantages of time-restricted eating patterns, particularly the difficulties associated with maintaining such eating patterns. 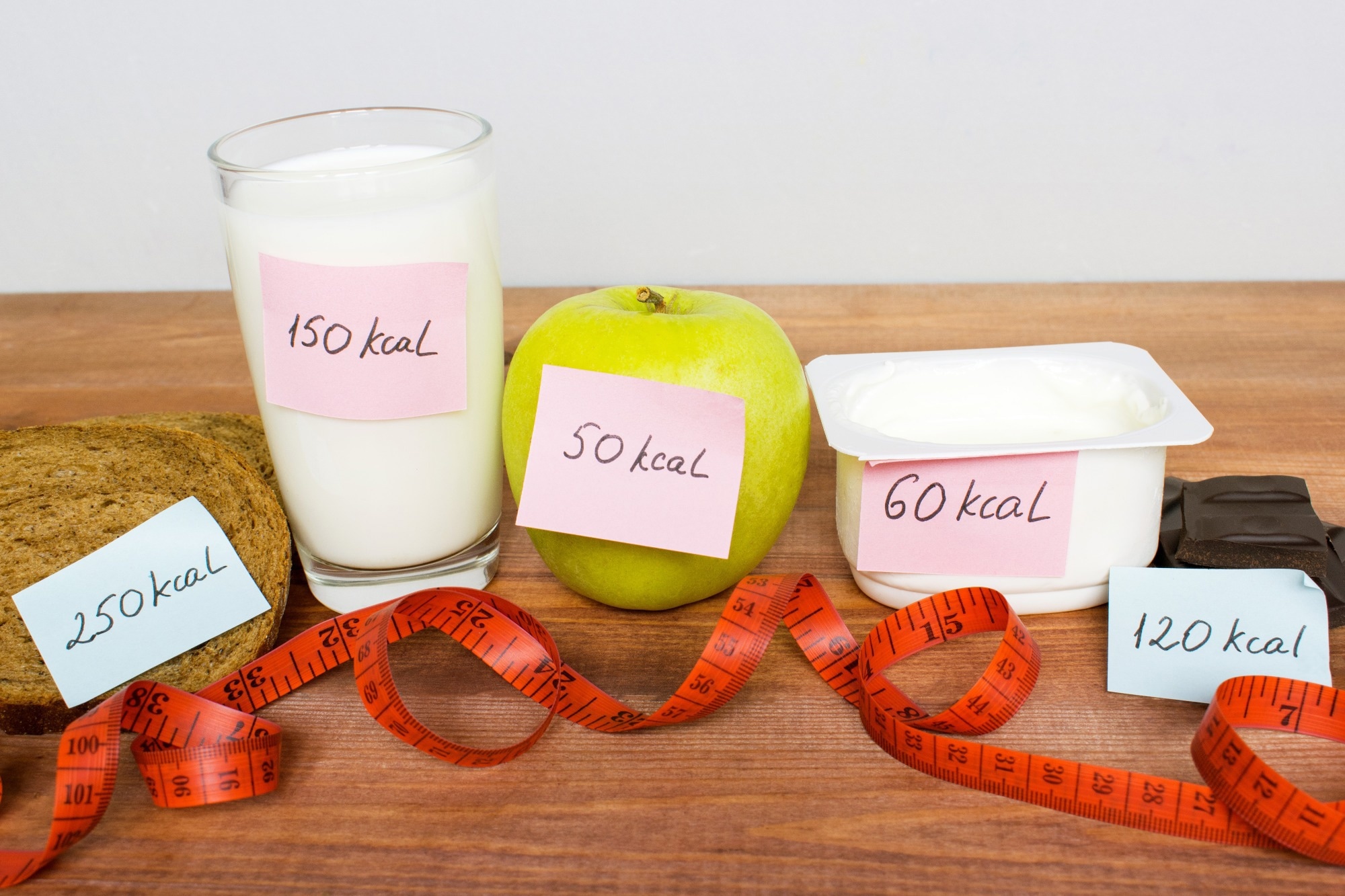 In the present study, researchers assessed the longitudinal connection between the time interval between the first and last meal of the day and associated weight trajectories.

Potentially eligible participants included individuals aged 18 years or above who had electronic health records (EHR) in one of the three health systems, with a minimum of one weight and one height measurement recorded in their EHR within the two years preceding the recruitment window. With input from end users as well as patient stakeholders, the team developed the Daily24 smartphone application, which allowed eligible individuals to record their eating, waking, and sleeping patterns per 24-hour interval in real-time. The eating habits evaluated in the study were meal time and the approximate size of a meal.

Participants recorded the time through a 24-hour wheel for each meal and chose the meal type and anticipated portion size from a menu. Emails, in-app reminders, and short message service (SMS) text messages asked the users to utilize the app as often as possible during the initial four weeks after installing it. With respect to sleep duration, the participants noted the time they fell asleep the night before and the time they woke up on the current day on the 24-hour wheel. The participant’s entries for a particular day were deemed complete when they chose the “done for the day” option.

At enrolment, participants were asked to complete an online survey and record their weight at baseline and follow up four months later. At the time of enrolment, race, gender, education, smoking status, income, weight intentions, and behavioral characteristics were self-reported in the survey. The International Physical Activity Questionnaire was employed to gather data on physical activity, which was then classified into high, moderate, and low activity levels according to time and intensity. In addition, the dietary screener questionnaire was used to record food consumption.

Electronic consent and the completion of baseline questionnaires determined enrollment eligibility. Participants were then provided with directions for downloading the Daily24 mobile application. The final eligible sample consisted of 547 individuals. In the EHRs of the 547 individuals, the average number of weight measures was 23.7 overall, 21.3 prior to enrolment, and 3.4 in the six months following enrollment. The average duration of follow-up for weights reported in the EHR was 6.3 years.

The mean period from the first to the final meal was 11.5 hours, waking up to the first meal was 1.6 hours, the last meal to sleep was 4.0 hours, and the sleep duration was 7.5 hours. Participants who reported higher body-mass index (BMI) during enrollment had a higher chance of being older and Black, having hypertension or diabetes, having a longer interval between final meal and sleep, having a lower level of education, vegetable/fruit consumption, and physical activity, and having a shorter duration between first and last meal.

The team noted that the time interval between the first and last meal, waking up and first meal, final meal and sleep, and total sleep duration were not linked with weight change across follow-up time at enrolment. In models that accounted for potential confounding variables, each one-hour increase in the duration between the first and final meal at baseline was related to an average of 0.005 kg yearly weight gain. The yearly weight changes related to the interval between waking and sleeping, last meal and sleeping, and total sleep duration were 0.02 kg, 0.07 kg, and 0.11 kg, respectively, during the study’s follow-up period. These correlations were maintained before and after enrolment, except for the duration between the last meal and sleeping, revealing an inverse relationship with weight change post-enrollment.

The study findings showed that the number of medium and large meals was positively related to weight gain, while the proportion of small meals was negatively related to the weight change. The distribution of energy intake earlier in the day appeared to be related to a lower incidence of weight gain after enrolment. The data did not support time-restricted eating as a long-term weight reduction approach. The researchers believe that further large-scale research with long follow-up periods is required to describe the connection between meal time and weight change accurately.

2023 Year of the Rabbit Baby: A Bright and Cheerful Future Ahead!

How to Naturally Turn a Posterior Baby

Visiting Mystic Aquarium with Kids: What You Need To Know Before You Go | MommyPoppins

Where to Donate Clothes, Toys, and More in NYC | MommyPoppins

Is a Vegan Diet Okay During Pregnancy?