During pregnancy, the mother experiences a wide range of physiological changes to ensure that the fetus grows and develops normally while keeping her body healthy.

One such change is adapting to the increased stress associated with pregnancy by neutralizing potential damage due to the release of oxidative molecules. This involves biological rhythms set to the day-night cycle to optimize the chances of survival. 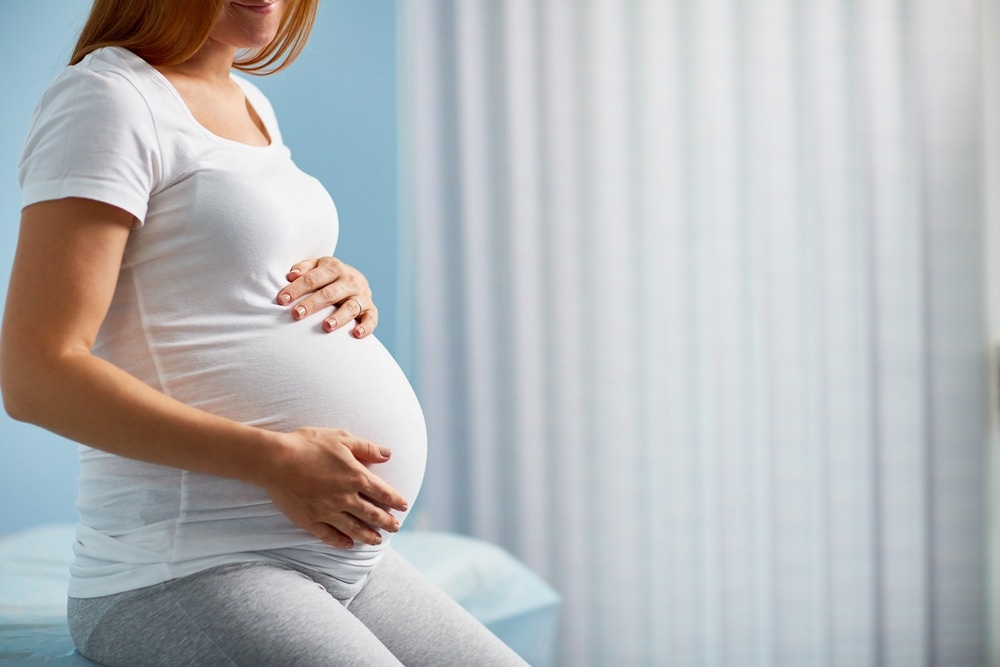 A new European Journal of Obstetrics and Gynecology and Reproductive Biology study explores the role of melatonin. This molecule is key to several vital physiological processes that also possesses anti-inflammatory and antioxidant properties in pregnancy.

Circadian rhythms typically correspond to and follow the normal light-dark cycle throughout the day. These rhythms are important in regulating biological functions to ensure that they occur at the right time of day relative to the environment.

The disruption of circadian rhythms has been associated with adverse pregnancy outcomes that are more frequent in women suffering from jetlag or those who work night shifts. Altered circadian rhythms during pregnancy also contribute to the development of cardiovascular illnesses by promoting hypertension, which can also reduce blood flow to the uterus and developing fetus.

Melatonin was previously thought to arise from the pineal gland, located deep in the brain; however, recent studies suggest its production is localized to the placental villi. During pregnancy, melatonin is secreted rhythmically, with higher levels produced at night.

There is a slight decrease in melatonin production in the first two trimesters of pregnancy, followed by its peak production at 32 weeks. After childbirth, melatonin levels rapidly decline.

Melatonin scavenges free radicals directly and through its many metabolites. This hormone also increases the activity of glutathione peroxidase and other antioxidant enzymes.

The importance of melatonin activity at the placental level is demonstrated by the expression of melatonin receptors MT1 and MT2 in this tissue. Melatonin is fat-soluble and crosses the cell membrane to scavenge free radicals independent of these receptors in an autocrine manner to produce rapid antioxidant effects. This might explain why placental melatonin production is independent of the circadian rhythm, unlike pineal melatonin secretion, thus protecting the placenta from oxidative stress.

Melatonin levels in pregnancy peak at 32 weeks, perhaps to protect the aging placenta from increased oxidative stress due to the needs of the rapidly growing fetus. In vitro studies have also indicated that the antioxidant activity of melatonin could promote placental health by preventing apoptosis.

In pregnancies with placental insufficiency, impaired remodeling of the spiral arteries during the initial establishment of the placenta leads to inadequate placental angiogenesis and placental ischemia followed by reperfusion. The subsequent damage increases the release of reactive oxygen species (ROS).

Melatonin supplementation in animals has been shown to reduce blood pressure, promote angiogenesis, increase uterine artery blood flow, and enhance serum antioxidant capacity. These reports have increased interest in using melatonin to potentially prevent and treat pregnancy disorders related to placental insufficiency, including pre-eclampsia and FGR. Both have been linked to more significant oxidative damage and inflammatory stress.

The current study reviews available literature on the role of melatonin in pregnancy complicated by placental insufficiency relative to its preventive effect on these disorders. The researchers reviewed 12 original studies on melatonin in pre-eclampsia, FGR, and other related conditions.

This is the first systematic review to examine how melatonin affects pregnancies complicated by placental insufficiency.

Melatonin M1 and M2 receptors in the placenta were reduced in pre-eclampsia pregnancies, while the precursor molecule serotonin was elevated. This was likely due to the downregulation of placental genes for melatonin expression, along with the suppression of genes encoding the enzymes for serotonin conversion to melatonin in the chorionic villi. Both receptors were also reduced in FGR pregnancies.

The limited available data indicates the safety of melatonin administration for both the mother and fetus. In addition, administration of 30 mg/day prolonged the delay to delivery from the point of pre-eclampsia diagnosis by almost one week, which is essential for fetal maturation.

Meanwhile, pre-eclampsia-related hypertension was controlled with fewer drugs. However, this finding depended on historical controls rather than a randomized controlled trial.

In pregnancies complicated by placental insufficiency, serum melatonin levels in pregnant women are lower. In addition, placental melatonin receptors are also significantly reduced in these cases.

The underlying phenomenon appears to be an altered pattern of melatonin secretion that is mediated by changes in the physiological and circadian rhythms. The resulting decrease in melatonin secretion reduces circulating melatonin levels in both systemic and placental circulation. Furthermore, the accompanying downregulation of melatonin receptors in the placenta reduces the local release of melatonin, thereby impairing its autocrine protective function.

Some preliminary studies indicate that melatonin administration could improve placental levels of this molecule in pregnant women and increase glutathione peroxidase concentrations. However, there is limited clinical evidence that this could reduce the incidence of pre-eclampsia and FGR.

Further research is needed to understand the potential role of oral melatonin supplementation in preventing adverse pregnancy outcomes or improving such outcomes. Two ongoing randomized controlled trials are currently examining the benefit of melatonin in preventing pre-eclampsia in high-risk women and improving neurodevelopmental outcomes in infants with FGR.

Infections during pregnancy may not pose great risk to the baby’s brain, study shows

Children with Bell’s palsy recover without medication within six months

Insights into the acceptance of edible insects by children

When Your Teen Messes Up Royally: 6 Things to Remember

The First College Move-in Is Only the First of Many

Compliments to Start the School Day That Don’t Include Looks

Indoor Activities for Kids: 25 Things To Do on Long Island on a Rainy Day | MommyPoppins

First Period After Baby: What to Expect

9 Ideas to Help Your Child Sleep — The Baby Cubby

Interlochen With Kids: 20 Best Things to Do Near Interlochen, Michigan | MommyPoppins