Knowing My Sons a Little Less

So this is it — the third and final time. Next week I will sit through my youngest son’s high school graduation. Like every parent in that audience, high school auditorium, and football field, I will burst with pride and a touch of sadness. We will have weeks and months before he leaves, but experience has taught me that once he crosses that stage and takes his diploma in hand, he will begin to drift away.

The first time this happened, I wondered how I would survive. The second time I braced myself, knowing just how bad it would hurt. And it did. So now, I am girding myself knowing fully how it feels to have a child move on. Yet still, I ponder why the pain is so sharp. 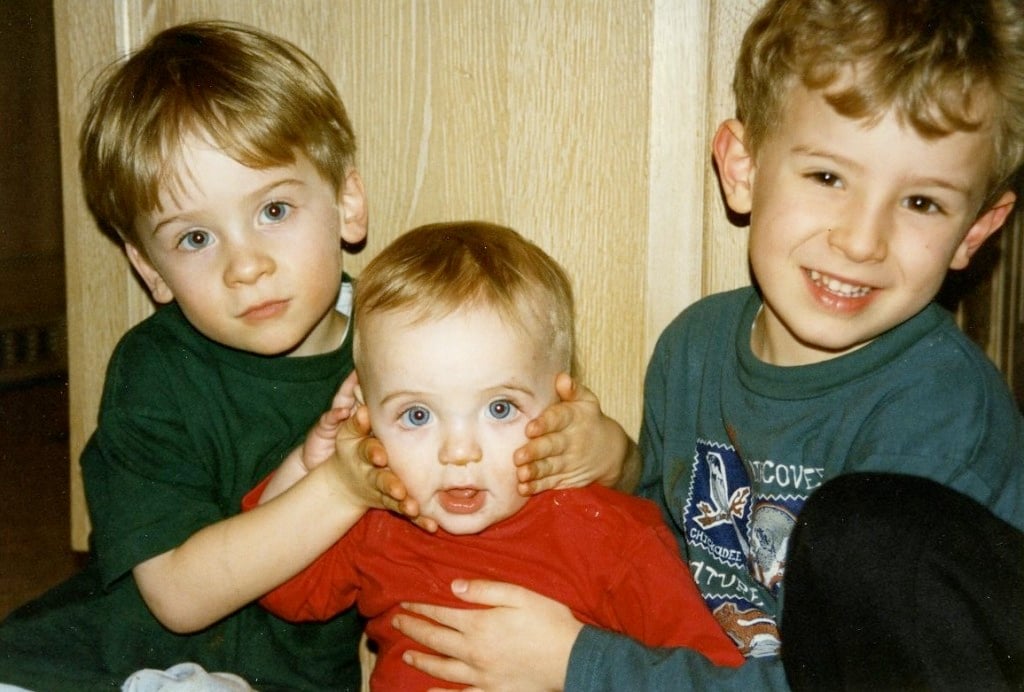 When each son graduated, I have wondered why the pain is so sharp when our children leave home. (Heffernan)

Why is it so hard to let our children go?

Parents who regret their children’s departure are chastised for their hovering ways, reminded that they should be proud of their offspring’s accomplishments and that clinging to their teens is unhelpful and inappropriate. In a beautiful excerpt from his biography, Rob Lowe brings this into focus,

Through the grief I feel a rising embarrassment. “Jesus Christ, pull yourself together, man!” I tell myself. There are parents sending their kids off to battle zones, or putting them into rehabs and many other more legitimately emotional situations, all over our country. How dare I feel so shattered? What the hell is going on?

I have berated myself for being a wimpy mom, the parent who cannot walk away without tears, the mother who misses her kids every day. I have given myself the stern talk about being overly attached to my sons and told myself a hundred times that it is not about me but them.

If saying goodbye was this hard, I have decided that something must be wrong with or missing from me or my life. I have wondered, endlessly, why it hurts so much when they go.

Like so many aspects of parenting, this was a case of overthinking. It just wasn’t all that complicated.

The simple reason it is so hard to let go of my kids is that the moment they walk out the door for nursery school, middle school, college, or their “real life,” I will know them a little less.

They are beings I had loved even before they beheld their first breath. They have made my world bigger and brighter in every way. Being a parent has allowed me to see all of humanity through very different eyes. Speaking only for myself has made me a better person.

I will never love anyone more than my sons, so why would I want to know them any less? How is it possible that their absence will not diminish my life?

Experiencing the world without me began the first morning I left them with the nanny and went to work. As their school days grew longer and their experiences further afield, their separateness from me increased. It was all as it should be. The change was gradual, and while it was easy to get wistful from time to time, each transition was seamless.

Their lives took them on sleepovers, to the movies with friends, and on overnight trips further and further away. Yet, at each step, they were ready. And I happily made do with the stories they told me when they returned. They returned with relief and joy to be home; however, their outside world was left briefly outside. The home was still home.

If you asked me who I know the best in the world, my sons would be at the top of that list. Since they were babies, I have understood the rhythm of their lives. I have known what would nourish their bodies, minds, and souls. I have felt that I knew them even better than they knew themselves.

They seemed to speak in a stream of consciousness when they were tiny, to filter almost nothing from my ears. By middle school, they were more circumspect, sharing their world and thoughts, but starting to hold back. And high school? I am not sure that any high schooler could or should tell their parents everything. So the walling off began, the natural and expected process of knowing them just a bit less.

And then they left home. They woke up one morning like they have thousands of other mornings and by nightfall they were living in their dorms. At first I told myself that it was like camp (my capacity for self-delusion appears to know no bounds) but after a few months I had to let go of this little lie and contend with the fact that college is leaving home.

The pain that comes with empty nest is partly just missing their joyous presence, the way our lives are filled with our love for them. But the real pain of the empty nest comes with the knowledge that no matter how close we are to them, no matter how much we stay in touch, as their lives diverge from ours, we will know them that tiny bit less.

The love for my children remains untouched as my knowledge of them is diminished, not in the big meaningful ways, but around the edges. Who did they study with last night? Is that a cold coming on or just allergies? Did they work out this afternoon or blow it off and go out for a cheeseburger? They have professors I will never meet and friends I will never know. Now, I get a photo of something that strikes them as funny or strange, texts of random thoughts, and phone calls to catch up. But the day-to-day rhythms of their lives are their own. 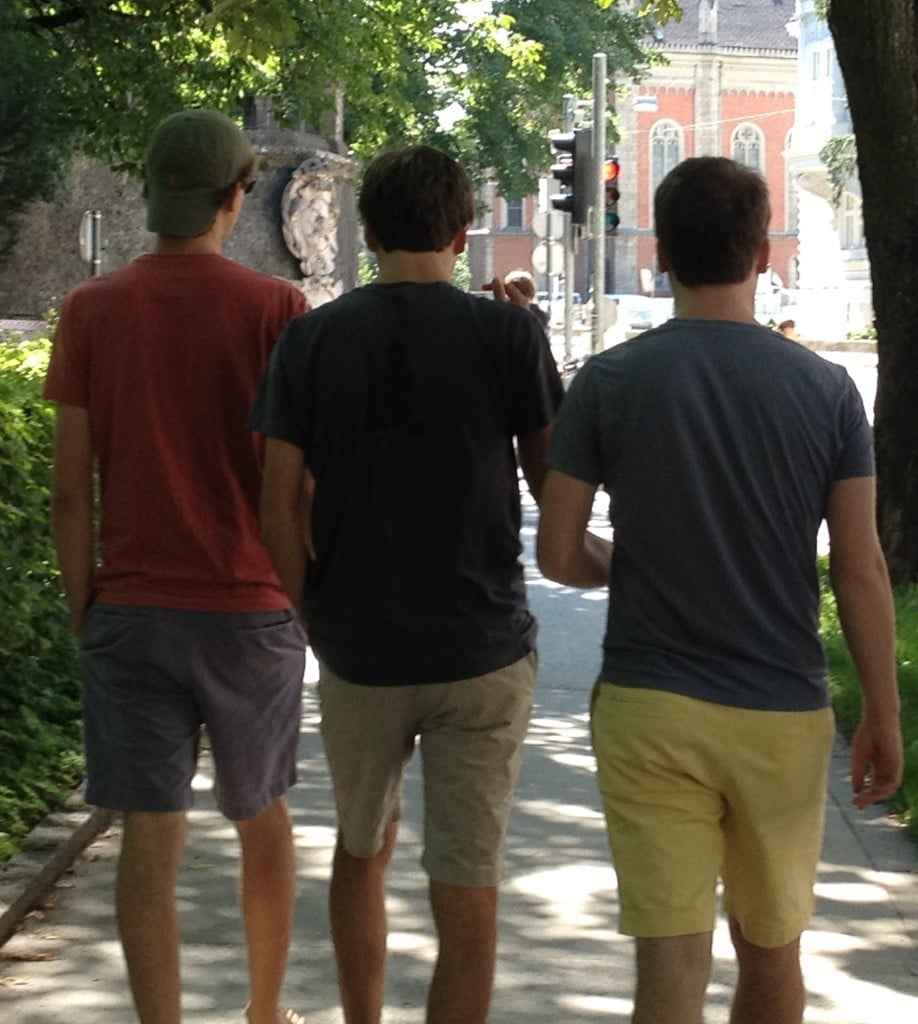 I never want to know “less” about my sons. (Heffernan)

But here is the thing. Nothing about them ever stopped being fascinating to me. I never found their recounting of their day any less interesting, nor felt less concerned about their well-being. They may have outgrown telling, but I never grew tired of hearing.

So why is it so hard to let them go?

It isn’t that I wanted to hold them back or play a role in their lives that I once did. It wasn’t that I needed them to need me. These are the three people I have loved beyond reason, have loved more than I ever knew was possible to love, and I don’t want to know even a little bit less.

My Daughter is Not Going to School and I’m Desperate

My Daughter’s Messy Room Drove Me Crazy, Now I Miss It

Summer Bucket List for High School Seniors: 18 Fun Things to Do With Besties

My Daughter is Not Going to School and I’m Desperate

8 fun games to play with your baby

What role does human microbiota play in COVID-19 severity?

College Health Checklist: 12 Things To Do Before Your Child Leaves Home

Free Things to Do This July in Boston with Kids | MommyPoppins

Feeling Left Out at My Daughter’s Bat Mitzvah