Diet during pregnancy is an important factor in determining the health of the developing fetus and neonate after birth. However, there is little known about how diet quality during pregnancy affects the development of food-related traits in the offspring.

A recent Appetite journal study examines the relationship between the quality of the mother’s diet during pregnancy and with appetitive traits of offspring at five years. 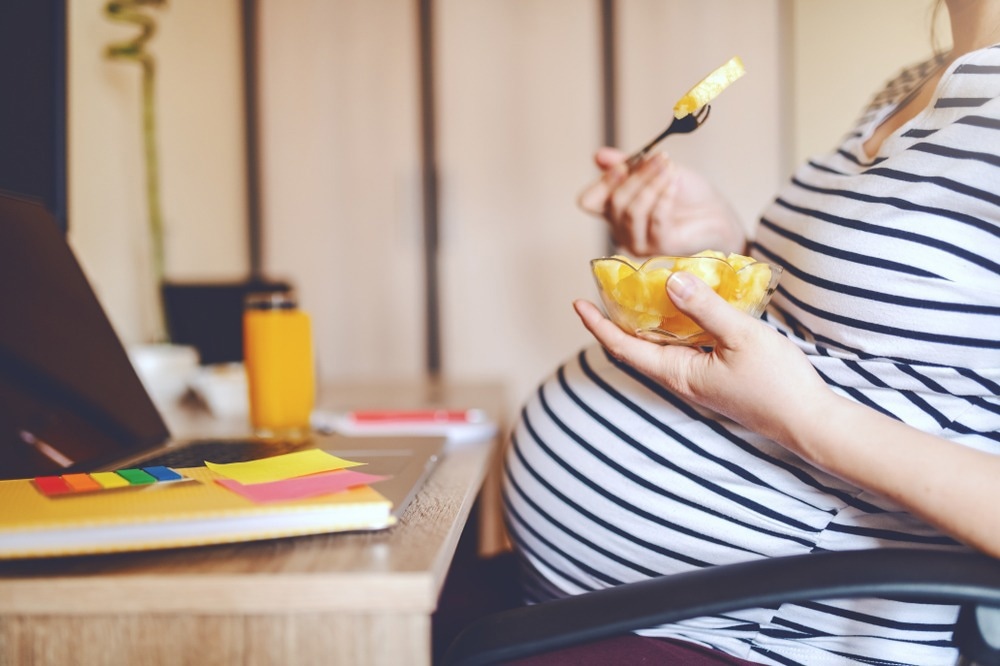 Appetitive traits refer to sustained predispositions towards food. This can include food approach traits, such as food responsiveness, emotional overeating, and food enjoyment, as well as food avoidant traits, like the speed of eating, satiety responsiveness, and food fussiness.

According to the “Development of Origins of Health and Diseases” theory, brief exposures during early life, including a poor maternal diet during pregnancy or even before conception, may influence the development of the offspring and risk for diseases later in life.

There is some evidence suggesting an association between maternal food intake and fetal growth and development, as well as the effect of prenatal influences on the child’s acceptance of foods in early life.

Appetitive traits are classified as either genetic or learned, with fussy eating and food responsiveness considered genetic traits, whereas emotional undereating and overeating are often learned from the child’s environment. Both of these traits interact with each other to determine food habits that persist throughout the child’s life.

Sweet foods are typically preferred in infancy, whereas bitter flavors are often rejected. This preference could be explained as an innate mechanism to preserve an adequate intake of energy-rich foods while rejecting potential toxins.

In addition to this inborn response, children develop patterns of taste and flavor acceptance from the maternal diet during pregnancy and breastfeeding. Thus, it is theorized that early repeated exposures to multiple flavors may promote a wider range of food acceptance later on.

Taste buds become functional only during the third trimester and can then be stimulated by foods eaten by the mother through the amniotic fluid. However, the fetus experiences food odors and flavors earlier than this, which may determine food preferences later in life.

The current study used the Alternative Healthy Eating Index (AHEI-P) by the United States Department of Agriculture. AHEI-P was modified for pregnancy to determine maternal diet quality from three-day food diaries. The researchers also examined the intake of sugar-sweetened beverages (SSBs) over the same period.

The appetitive traits of the offspring were assessed by the Children’s Eating Behavior Questionnaire (CEBQ), which is parent-reported and includes eight eating behaviors and 35 items overall.

Demographic information, breastfeeding, period of weaning, the point when solid food was started, and maternal educational levels were also recorded.

The women included in the current study had a median age of 33 years and had an average maternal BMI of about 25. At the five-year time point, more than half of the women and about 25% of the children were considered overweight.

The mean AHEI-P was 54 in pregnancy and 55 for the group who also had CEBQ data after five years. Notably, mothers with higher AHEI-P scores during the first and second trimesters of pregnancy had lower mean ‘Desire to Drink’ scores in their children at five years of age.

The only association found in this analysis was for the Desire to Drink, with other appetitive traits failing to reveal any associations. Although little is known about how the presence of ‘Desire to Drink’ in children might contribute to their developmental and behavioral traits later in life, this characteristic may have long-term impacts on their appetite and dietary intake.

Less than half of the women with CEBQ data drank SSBs in pregnancy. In the first two trimesters, this was associated with a higher Desire to Drink in children at five years of age.

Women with the poorest diet quality were younger and had higher body weight at their first antenatal visit and after five years. However, the birthweight of the child, weight at five years, as well as other indices, failed to show any association with maternal diet quality.

Umbilical cord milking may be safe, more effective for non-vigorous term and near- term infants

Study improves understanding of net worth poverty and child development

12 Things NOT to Do After Giving Birth

How to Discipline Your Stubborn Child

Compliments to Start the School Day That Don’t Include Looks

Camping with Kiddos — The Baby Cubby

Baby Proofing: How To Prep Your Home For Baby

ARE THERE PROFITS ASSOCIATED TO BREASTFEEDING?

Age and Fertility: How Are They Related?