Should children be vaccinated against COVID-19?

A new Pediatric Respiratory Reviews study conducted in Israel examines issues surrounding children between the ages of five and 11 who are eligible for vaccination against the severe acute respiratory syndrome coronavirus 2 (SARS-CoV-2). Herein, the researchers offer a detailed overview of factors that could influence the decision to take or abstain from vaccination. 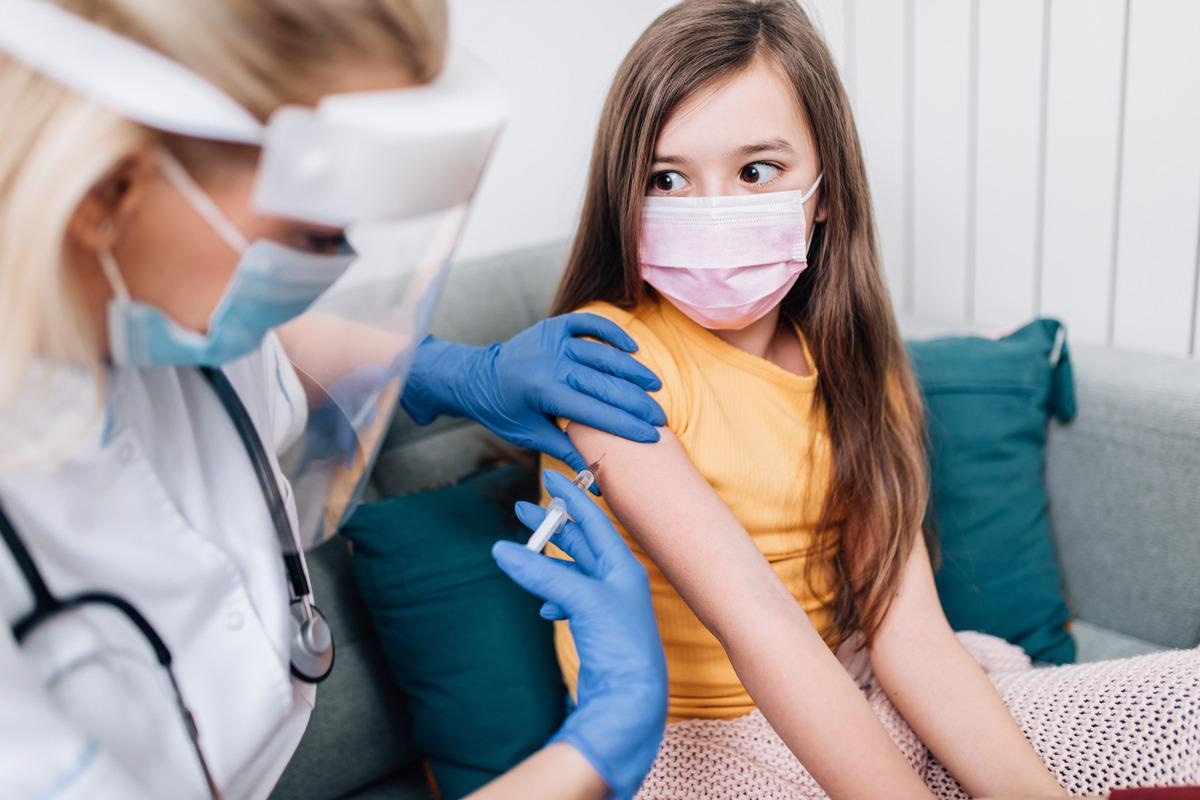 In many developed countries, most adults have been vaccinated against the coronavirus disease 2019 (COVID-19), leaving children as the largest group of susceptible individuals in the population. Thus, children not only are at risk of infection with SARS-CoV-2 but are also often obliged to wear masks, cannot travel freely, must be tested regularly, and might be isolated after exposure to the virus.

The Pfizer/BioNTech COVID-19 vaccine was given emergency use authorization (EUA) by the United States Food and Drug Administration (FDA) at the end of October 2021 for use in children between the ages of five and 11. The company’s clinical trial results showed an impressive 91% efficacy against symptomatic infection in children who were administered a third of the adult dose.

The trial group did not report any cases of severe COVID-19 in the study or placebo groups. Furthermore, the number of participants was not large enough to detect uncommon events such as myocarditis, which is a major adverse event associated with the adult vaccine.

Nevertheless, over eight million children have already received the vaccine, including over 25% of the U.S. population. Almost the same proportion of Israeli children have also been vaccinated with one or more doses.

The U.S. Centers for Disease Control and Prevention (CDC) estimate that pediatric vaccination for children aged five to 11 years can avert 80-226 hospitalizations during a peak transmission situation, as well as prevent COVID-19 deaths and long-term sequelae.

Are children at risk?

In general, children are at low risk for serious or fatal disease following SARS-CoV-2 infection. Moreover, the U.S. CDC estimates a case fatality ratio (CFR) of less than one in ten thousand in the children between the ages of five and 11 years.

However, since this is based only on the known pediatric cases, the true CFR is likely much lower. In fact, Israel’s Ministry of Health (MOH) has stated that between 50-70% of children who tested positive for COVID-19 experienced asymptomatic disease, thus confirming this supposition.

The population-wise mortality rate among children ranges from 0.8 to five per million in different parts of the world, which is comparable to that of the seasonal flu. In contrast, adults have a mortality rate of 1,000 to 3,000 per million.

Hospitalization rates from COVID-19 are also low in this patient population as compared to adults, at less than eight in a thousand. Over 40% of these children had comorbidities, such as obesity, lung disease, or preterm birth. Such children should be prioritized for the vaccine.

Importantly, two of these deaths were of newborns born to mothers with severe COVID-19. Overall, 460 hospitalizations were among children between the ages of five and 11 years, with 72 being for moderate to critical disease, and three deaths.

When compared to the number of hospitalizations for severe disease among all age groups, it appears that disease severity is much higher among older people.

Apart from severe and critical disease, millions of quarantines have been enforced since the beginning of the pandemic. In Israel, over 280,000 children have been in quarantine due to their exposure to an infected individual since the school year started. The most affected were those between the ages of five and 11 years.

Over 80% of individuals 16 years or older have been vaccinated with one or more doses of the vaccine in Israel, which is comparable to 57% of those aged 12-15 years. In most age groups, severe illness and the risk of ventilation is much higher following SARS-CoV-2 infection than from vaccination. The striking exception is in the case of young males, with those aged 16-19 years showing a high risk of 12 per 100,000, though the number of events was relatively high among all male age groups.

In fact, of the 146 documented post-vaccine myocarditis events, only 18 occurred in females. The risk in young boys of this adverse event is thus equivalent to the risk of ventilation. Notably, the highest rate of myocarditis is following the second dose of the vaccine.

Taken together, available data from two years of the COVID-19 pandemic indicate that the risk of death or severe disease from infection is low in young children, who contribute to a large proportion of cases but few deaths. Worldwide, only 8,700 deaths have occurred among children.

In that case, why advise COVID-19 vaccination for children? One reason is the occurrence of non-fatal long-term sequelae, such as the Multisystem Inflammatory Syndrome in Children (MIS-C), or long COVID. MISC has affected over 5,000 children in the U.S., of which almost 1 in 100 died.

Long COVID in children has been reported to affect 1% of infected children in Israel; however, some researchers do not consider this as above the expected level. Given the higher risk of complications among children with comorbidities, especially those with obesity and chronic lung disease or immunosuppression, such subgroups should be given high priority for the vaccine.

While the vaccine reduces the already-low odds of hospitalization or severe disease, even with the SARS-CoV-2 Omicron variant, which is reported to have immune evasion capabilities, the cost-effectiveness of this measure deserves greater debate. This is particularly true considering the overwhelming evidence that most children who are infected with SARS-CoV-2 experience asymptomatic infection.

To date, more than four million children have been vaccinated against COVID-19 in North America, with no significant adverse effects reported over the past year. The risk of myocarditis does reduce the benefit of the vaccine in young males; however, most cases are mild and self-resolving.

The United Kingdom Royal College of Pediatrics and Child Health recorded its opinion, saying, “The risks and benefits around COVID-19 vaccination for children and young people are more finely balanced than for older age groups.” In contrast, the American Association of Pediatrics encourages pediatricians to actively promote the vaccine.

At best, the benefit to children is indirect, as it reduces the overall viral transmission, promotes uninterrupted schooling, and reduces the cost of the pandemic to society. One study noted that student quarantine following exposure to SARS-CoV-2 at school where everyone was wearing masks was not supported by scientific evidence due to very low rates of transmission. The scientists commented that student quarantine was ripe to be discontinued, as it “further disrupts in-person learning with uncertain benefit.”

The provision of vaccines to children while many countries have yet been able to provide sufficient doses for the adult population is controversial – yet if child vaccines are being provided, perhaps they should be targeted to those most at risk.”

This Small Moment of Inclusivity Had a Big Impact

Simple Recipes to Make Your Baby in the First Year

If news of pregnancy loss stirs up miscarriage grief, you aren’t alone

Why Do Children Bite And How To Stop Them From Biting?

Breast believe it; Creating human milk outside of the breast